Bookstore owner has story to tell 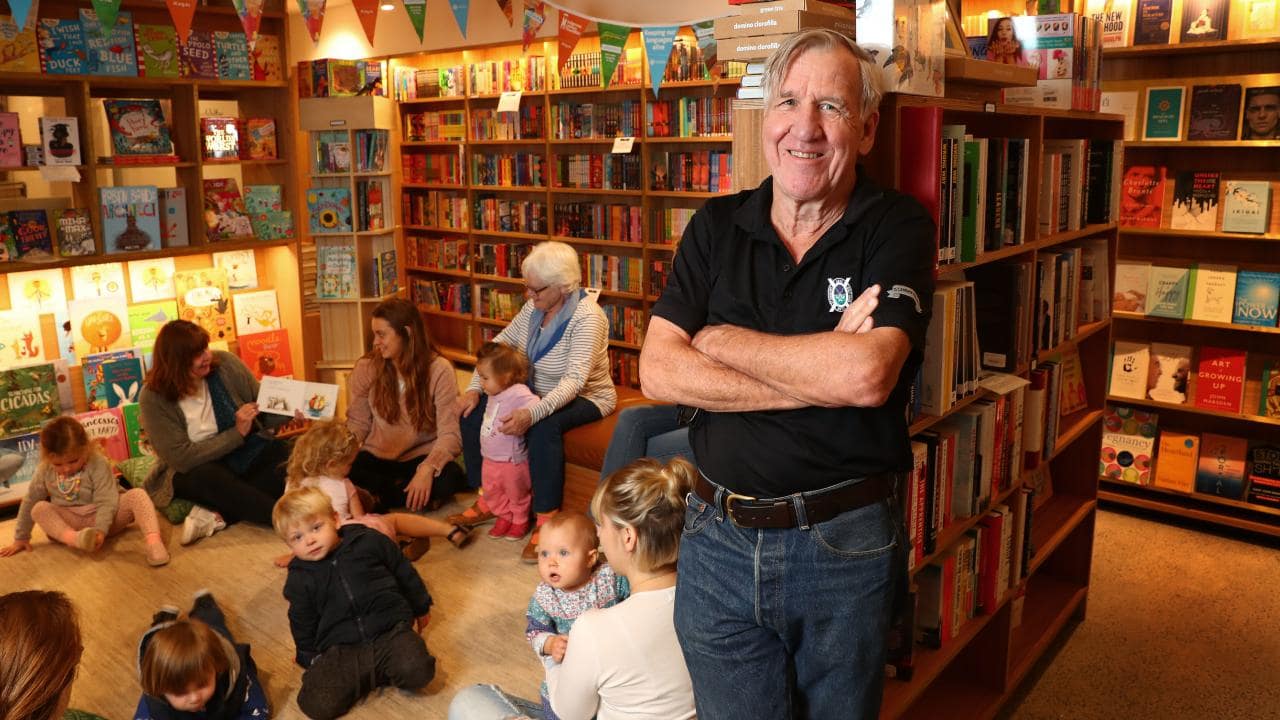 Raymond Bonner is washing the dishes at my local bookshop, wrestling with the coffee ­machine, scoffing at a resume longer than Captain Ahab’s journey across all the oceans of the world.

Pulitzer, schmulitzer! He’s confused by my order. A small long black? What the hell are you talking about? It can’t be long and small! If I make it small, it’s not going to be long enough!

Raymond is a co-owner of Bookoccino. I go there at 8am most days to read the papers, peruse the shelves and wait for my copy of Moby Dick to arrive. The Pequod may be in Cape of Good Hope by the time it turns up.

The only time he’s lost for words is when he’s trying to ­define all the elements of magic in his own bookshop. It’s in here somewhere, no doubt about it. How to put that feeling into words? How to tell that story? By the end of the week, right on cue for Love Your Bookshop Day, I will see what he does not.

Raymond is a big-hearted, jovial son of a gun. “I’m not an American,” he declares. “I’m a New Yorker!” I’ve come to thoroughly enjoy our morning chats. The shop buzzes. Naomi Watts walks in. James Morrison plays his trumpet in the corner. Raymond sits near the entrance and greets them no differently to how he greets a nobody like me.

His love of the written word is so intense that he clenches his fist and virtually grabs me by the throat to shout, “Goddammit! Nothing beats a good book! You want to know why I’m here? That’s why I’m here!”

We’ve been chewing the fat for about a year. He’s mentioned something about writing for The New York Times, and the New Yorker, and winning a Pulitzer, but none of this has really sunk in.

He’s the guy washing the ­dishes and stacking the shelves and getting in a muddle over long blacks and small cups.

When Margaret Hutchings, a previous owner, told him the shop was for sale, he replied, “I’ll buy it!” like he landed on Pall Mall in Monopoly.

“I used to tell people, don’t retire, buy a bookstore!” he laughs. “There are days when I think don’t buy a bookstore, retire! I’ve come into this with eyes wide shut. I’m not going to replace Jeff Bezos as the world’s richest man, but that’s OK. This is what I love.”

Raymond was a high-falutin’ lawyer when he threw it all away, aged 47, to become a journalist.

“I quit my job and went to ­Bolivia,” he says. “Why Bolivia? I don’t know! I had no clue what I was doing, then and now. I had a bag and a typewriter and a tape recorder. That was it. I’d heard about these things called stringers. Freelance journalists. I ­became a stringer for The Boston Post. Newsweek. Minnesota Public Radio. CBS. Anybody who would pay me a dollar. I’d turned down heading up a federal agency in Washington DC to live in a room barely big enough to fit a cot. No window. One light bulb. Water coming out of the ceiling. It was in La Paz, Bolivia, and it was fantastic!

“I almost got caught by the generals who ran the Cocaine Coup. They came looking for me one night in the hotel. I hid out for a couple of days in a house and then got smuggled across the border, to Peru, in the trunk of a car. I got to El Salvador on a Sunday. The American nuns were killed on the Tuesday, and I guess the rest was history. I had a job as a journalist.”

Raymond has broken the yarn about the El Mozole Massacre in El Salvador. He’s earned the wrath of the Reagan government. He’s had his phone records hacked by the FBI. Covered Rwandan genocide. The Bosnian War. The terrorist bombings in Bali. He’s lived in every continent bar Antarctica. Swung through 100 countries. And wound up in a sleepy little beachside village in Sydney. His business partner, Sally Tabner, is a warm and knowledgeable soul — but she’s on holidays now. Ray is running the ship. Eyes wide shut. Arms wide open. Another customer rolls in. How are ya! Good to see ya! Let me know if I can help!

“A friend said to me, ‘You bought a what? Haven’t you heard of Amazon?’ And I thought, ‘screw Amazon’. There’s no magic in Amazon. I have a very romantic notion of what a bookstore should be.”

He jumps up. A photo frame isn’t where he wants it to be. Now it is, just, he can sit still again.

“Look,” he grins. “I’m a 77-year-old New Yorker with all the baggage that both those titles bring. But I love it here. I truly do.

“I love it in the mornings when it’s humming. When people come in and talk about books and look at books and hopefully find a book that enriches their lives.

“Asking someone, ‘what do you like to read? You’ve gotta read this, then!’ I firmly believe in what a book store can bring to a community. What does it have that Amazon doesn’t? Personal service. Human connection. You love books? So do I. Let’s talk and look around. Let’s find you something you’re going to love.”

Two mothers are here for nearly three hours, drinking coffee. Their children are in the corner, flicking through books, building a cubby house from blankets and pillows. The women apologise for being there so long. They say they hope their children aren’t being a nuisance. Raymond says, are you kidding me! Stay here all day if you want to!

He hopes the children enjoy the books. He treats those kids like they’re kin.

I’ve seen him behave like this a thousand times to a thousand people. He’s inviting one youngster to Love Your Bookshop Day today. “Hope you can make it!” he says. “We’ll have balloons!”

There’s magic on the shelves of my local, from the $1600 coffee table production for Rolex to the $12.99 copy of Pygmalion. There’s magic in the musical backdrop, everything from Sinatra to Ella Fitzgerald. There’s magic in Bookoccino’s literary events that pack out the local surf club.

The magic in the guy standing to my left right now, clearing a table of cups and crumbs, taking the dishes back to the sink so everything’s spick and span for the next customer.

The magic of a bookshop? The magic in someone like you.

The Australian August 12 | Will Swanton 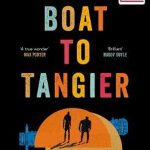 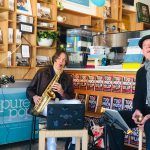