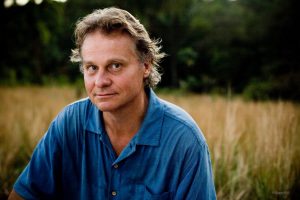 Wade Davis is a Canadian cultural anthropologist, ethnobotanist, author, and photographer. Talking to Martin about his most recent book ‘Magdalena: River of Dreams’ he tells how he fell in love with Columbia as a young man. Travelling there as a naive 16 year old Davis was captivated by the vibrant culture, the resilient spirit of its people and the beauty of its wilderness. Together they discuss how formative this first foray would prove to be, about the incredible places and people Davis has since met, his fascination with plant medicines and the trials faced by Columbia’s 5o million inhabitants. 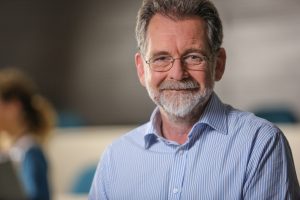 Australian Defence Expert Hugh White AO talks with NYT correspondent Jane Perlez about the role of a divided America and a rising China in the Asia-Pacific as well as many of the themes contained in his groundbreaking 2019 book “How to Defend Australia.> 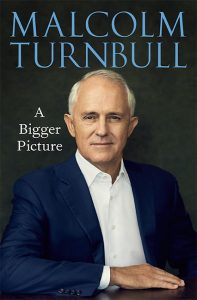 ‘A Bigger Picture’ by Former PM Malcolm Turnbull has been a Bookoccino bestseller for 2020.

Here he talks with former radio journalist Peter White talks about his upbringing, his absent mother, whether there will be a war with China and the future of the republication movement. He recounts some humorous anecdotes from his time in office and shares a story about his infamous run-ins with former US President Donald Trump. 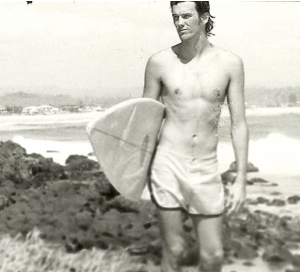 One of America’s most prominent men of letters, a long-time writer at the New Yorker and author of the Pulitzer Prize winning memoir Barbarian Days: A Surfing Life, Bill Finnegan spoke with fellow Pulitzer winner Jane Perlez from his Manhattan apartment. Barbarian Days poetically describes the thrill and pleasure of surfing, and is one of Bookoccino’s all-time bestsellers. In this podcast episode Bill speaks lovingly of his halcyon days and favourite surf breaks, the addictive power of surfing, and of defying death on more than one occasion. Together the celebrated foreign correspondents discuss war zones, the random nature of human violence, and the challenges of writing about one’s private life. 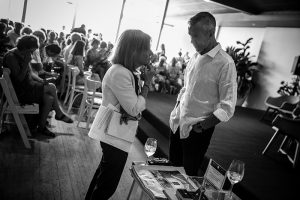 Many Thanks to all who attended our ‘Considering China’ talk with New York Times Beijing bureau chief Jane Perlez, SMH/Age journalist Peter Hartcher, The Lowy Institute’s Richard McGregor and ANU Emeritus Professor Hugh White. Our distinguished panel considered present security concerns, how a possible military confrontation with a nuclear power would play out, whether China seeks to control its surrounds in the same manner as the USA did in Latin America, and – perhaps most provocatively – whether Australia could be China’s first white colony.
It was a sell out crowd of more than 200, with a long waiting list.
For those that missed out, and those that would like a recap,  you can now listen to the evening as a podcast. 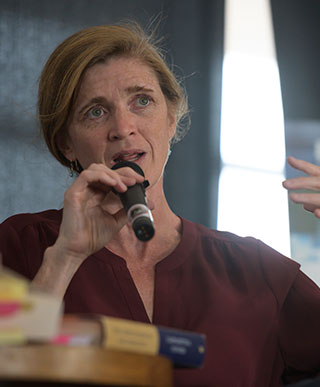 SAMANTHA POWER, who was President Obama’s ambassador to the United Nations, spoke with Ray Bonner in a sold out Bookoccino event.

They first met in Sarajevo during the Balkans war, where the brutality she witnessed first hand, and the long-failure of the West to react, has defined her career, which has seen her rise from sports journalist, to Harvard Law School, to the National Security Council, to the youngest American ambassador to the United Nations. She has recently published a memoir, “The Education of an Idealist” a story of “sorrow, resilience, anger, solidarity, determination, and laughter,” as she describes it. It is that and more.

They talked about her illustrious career, how she balanced being a mother of two young children with meetings in the White House, the battles she won and lost, and, of course, the upcoming American presidential election. Samantha has a personal connection to at least three of the Democratic candidates. 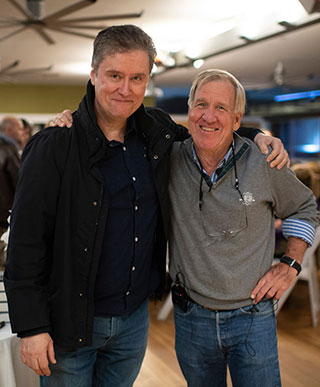 Ray was raised in small-town America and moved ‘in lockstep’ along what he thought was the path to being a good man. He went to law school, then joined the U.S Marines and was sent to the Vietnam War. The war changed Ray’s perspective on things and he came back to America to begin a new career as a left-wing lawyer.

Ray was in his 40s when he moved to Bolivia to become a journalist. He then began reporting from some of the world’s most dangerous places. He exposed a shocking massacre in Central America, earning him the wrath of a U.S. President.

Ray married fellow foreign correspondent Jane Perlez, and together they were posted to dozens of countries around the world. At one stage, their phone records were spied on by the FBI. Then a few years ago Ray made a decision which saw some of his friends question his sanity. 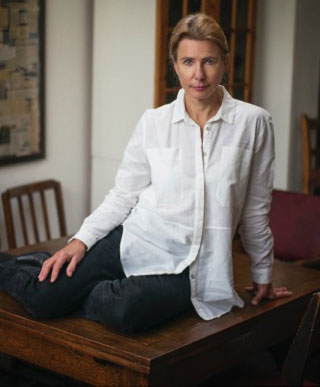 Bookoccino welcomed Lionel Shriver, the renowned iconoclast and bestselling author, back to Australian shores on September 1. In this episode, Lionel discusses the furore surrounding her last visit, her views on artistic licence in literature and her concerns about hyperbole and alarmist attitudes with Future Women founder Helen McCabe.