We talk with Damon Galgut – author of ‘The Promise’

The Booker judges have announced their shortlist of 6 books and we’re betting on The Promise by Damon Galgut. His remarkable new novel  (all of his novels are remarkable) is a sly, sweeping family saga centred on a deathbed vow, the dishonouring of which is the inheritance of three children who must navigate the troubled contours of grief, history and hypocrisy. Bookoccino co-owner Sally Tabner draws Damon Galgut on the complicity of his characters in this layered, deeply engrossing novel. 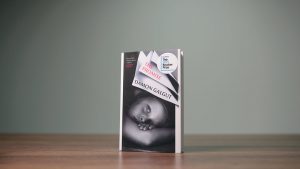 Amor seems to be religiously ‘marked’  by the lightning that strikes her as a child… ‘As if God pointed at you’ Pa says. Central to the story but living on the fringes of society, Amor is a righteous and enigmatic character. Is she more moral than her family? Is she our heroine, or is it more complex than that?

I wanted Amor to be a kind of moral counterweight to the rest of her family, so in that sense you could see her as a heroine. But at the same time, I’m suspicious of heroes and villains in literature. I’m not sure there are ‘good’ and’ bad’ people in real life; we’re all mostly a mixture of both, depending on context. So while I wanted at least one member of the family to be ‘different’, I also wanted her morality to be open to question. I tried to create Amor with a certain mystery to her, so readers are never quite sure of her motives or her resolve. Why, for example, does she not take stronger action much earlier? Is passivity an excuse? Does Amor really know her own reasons for wanting to give Salome the land, or is she just driven by a simple, blind desire to honour a promise? I’d be happy if readers were left with more questions than answers, because then there’s some hope they’ll be trying to figure out the morality for themselves.

I often describe ‘The Promise’ to our customers as a marvellously layered book. How did those layers come together?

The layers, as you put it, didn’t arrive all at once, but in bits and pieces – which is how it usually happens. The first germ of an idea came from a conversation with a friend, who told me about the four family funerals he’d been to (his parents, brother and sister), but he somehow made the description very funny. In any case, that conversation made me think that it might be an interesting way to tell the history of a particular family, through the device of four funerals. Then a second idea – about the land being left to a domestic worker – came from a different friend, whose family has been holding out in exactly the way described. It seemed a natural thread to stitch through the four ‘panels’ of the funerals. Onto that structure other aspects began to fasten and grow: the particular characters, the fact that each funeral happens in a different decade, and so on. In short, the layers developed gradually, but also (I hope) in a natural way. Books come together very slowly!

Religion is a key theme and a powerful influence in the lives of Ma, Pa and Astrid Swart, who are respectively of Jewish, Dutch Reformist and Catholic persuasion. Some of our readers have mentioned the grim outlook on institutional religion in The Promise. Is this rather austere religious tradition still as influential in South Africa today?

To be honest, I’m not entirely sure where my fascination with religion comes from. I have no zealous beliefs myself. But I guess once you’re writing four funerals, you have to make them happen under the auspices of a particular religion, and from a purely literary point of view, it’s more interesting to vary them than have them all the same. My father is Jewish, and my mother converted when she married him, so I’m familiar with that side of things. Then my mother later married somebody with a Calvinist background, so I got sent off to Sunday school for a while. Catholicism was a bit of a stretch, but the last part, with all its New Age stuff, is very much how Cape Town operates these days. Of course, a very rigid and implacable form of Calvinism dominated apartheid South Africa, so I did have a reason to lampoon the figure of the Dominee, but that was fun more than anything.

The narration is playful, almost as though you’re playing chess with the characters. I’ve noticed it in your other novels too – a strong and unexpected narrative perspective. You seem to have a great fondness, and a willingness, to find surprising narrative perspectives, which is really refreshing for the reader. Do you have fun finding that voice and how did that style come about?

In this case, the narrative voice arrived through chance. I’d started the book in a far more conventional way, then was offered the chance to write a couple of drafts of a film script. I didn’t have much fun doing that, but it did give me a whole new way of seeing my novel. Simply put, I realised that the narrative voice of the book could behave in much the way that a movie camera does – zooming in close, pulling far back, cutting from character to character and scene to scene with no warning. I wasn’t sure it would work, but it fitted neatly with the way my own psyche works. It helps if you think of the narrator as a character, who is present and observing and commenting. And thankfully so, because it gave me some space to play and have fun, which would otherwise have been difficult, given the heavy subject matter. The narration, I hope, leavens and airs what might otherwise be simply depressing.

We don’t get a solid understanding of the Swart family before the loss of Ma. Do you think the absence of a maternal influence plays a role in the family’s disintegration. Salome seems to have the potential to fill that role for the Swart children, and for Amor particularly, but her race precludes a closer relationship. Does Amor return more for Salome than for her own family?

That’s an interesting question. Yes, I think Amor might feel more connected to Salome than to her own flesh-and-blood. Which is true for many South Africans, incidentally; I had an almost familial bond with my first ‘nanny’ when I was growing up (who was also a black lady named Salome). I loved her, with the unquestioning hungry love of a child. If only that simple bond could be carried on into adulthood, we might all understand each other better, but it was also part of the expected evolution for children to outgrow such ties. I have no idea where Salome is now, or even whether she’s still alive. But I can still conjure inside how I felt about her as a baby.

How are things in South Africa at the moment? Do you think the unrest is over? How does Cape Town compare to your early life in Pretoria?

No simple answer to this question. I’ve never felt as if I really fit into Cape Town, and am always on the verge of leaving…which probably means it’s my natural home. I’ve been here since my early twenties when I came to study. It’s the polar opposite of Pretoria in many ways, certainly the Pretoria I grew up in, which was awful. As for the country overall, it’s fair to say we’re in deep trouble. We were already embattled, even before Covid hit. That was bad enough, but the rioting and unrest have tipped us over some internal edge it’ll be hard to climb back to. The scariest part is that I very much doubt it’s over. There are too many powerful people who’ve been living in a parasitic way off corruption for them to let go easily. So when our former president goes on trial for corruption, which is coming soon, they have no motive to hold back. There’s worse to come, and I have very little faith that our government will contain it. I’d be happy to be proved wrong!

What writers do you admire?

Amongst many others, I love Virginia Woolf, William Faulkner, Samuel Beckett… and while I’m about it, let me throw a possibly contentious name into the ring by saying that one of the writers who had the biggest effect on me in my earlier years was Patrick White. He seems to be out of favour in Australia these days, which amazes me, because he was undoubtedly a genius.

The winner of the 2021 Booker Prize will be announced on the 4th of November.

We are taking bets. Tell us who you’re betting on. If you pick it we will shout you a coffee! 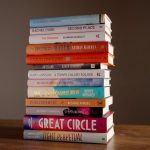